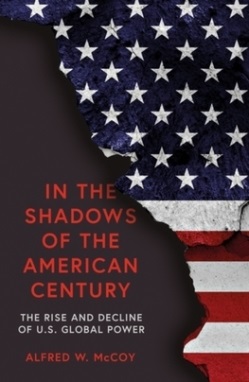 As the dust settled after World War II, America controlled half the world's manufacturing capacity. By the end of the Cold War it possessed nearly half the planet's military forces, spread across eight hundred bases, and much of its wealth. Beyond what was on display, the United States had also built a formidable diplomatic and clandestine apparatus.